The French group of companies Rémy Cointreau has leased 3,500 square metres in the Paris office building Etoile Saint-Honoré, which belongs to the Commerz Real open-ended real estate fund hausInvest. The spirits company, whose brand encompasses the cognacs Rémy Martin and LOUIS XIII, the liquor Cointreau, the rum Mount Gay, the single malt whiskies Bruichladdich and Port Charlotte, as well as the gin The Botanist, will use the areas from 2022 onwards. The lease agreement has a term of six years.

Etoile Saint-Honoré offers a total of 28,000 square metres of modern office space on seven floors. The complex also includes a restaurant and a business centre with 950 square metres which can be used for further training courses, events and smaller conferences. The business centre comprises an atrium covering 400 square metres, an auditorium with 185 seats, as well as six conference rooms. In addition to interior gardens, the property has large roof terraces which offer a direct view of the Eiffel Tower and the Arc de Triomphe. 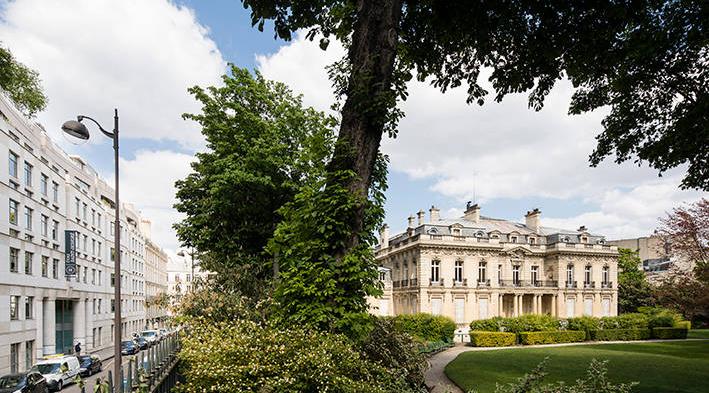 Built in 1993, the property is situated in a central location in Paris in the 8th arrondissement at 21-25 Rue de Balzac, just a few hundred metres from the Arc de Triomphe. The 8th arrondissement is the political and economic centre of France, accommodating the Élysée Palace, Avenue des Champs-Élysées, as well as a number of museums, major sights and other places of interest.

Rémy Cointreau was advised on the lease by Parella; Commerz Real was advised by Cushman & Wakefield.