As the first major asset manager in Germany Commerz Real has acquired a project in the field of agrivoltaics for its Klimavest impact fund. Located close to Berlin, the park is to commence operations in 2025 and have a nominal output of approx. 50 megawatts. The seller and cooperation partner is Elysium Solar, a joint venture between EIC Partners from Zurich and LBD-Beratungsgesellschaft from Berlin, two advisory firms which specialise in the energy market. Elysium Solar develops and accompanies agrivoltaic projects together with partners in research and development. With the acquisition Commerz Real is making a large-scale agrivoltaic project in Germany accessible to private investors for the first time ever. Other projects are set to follow. 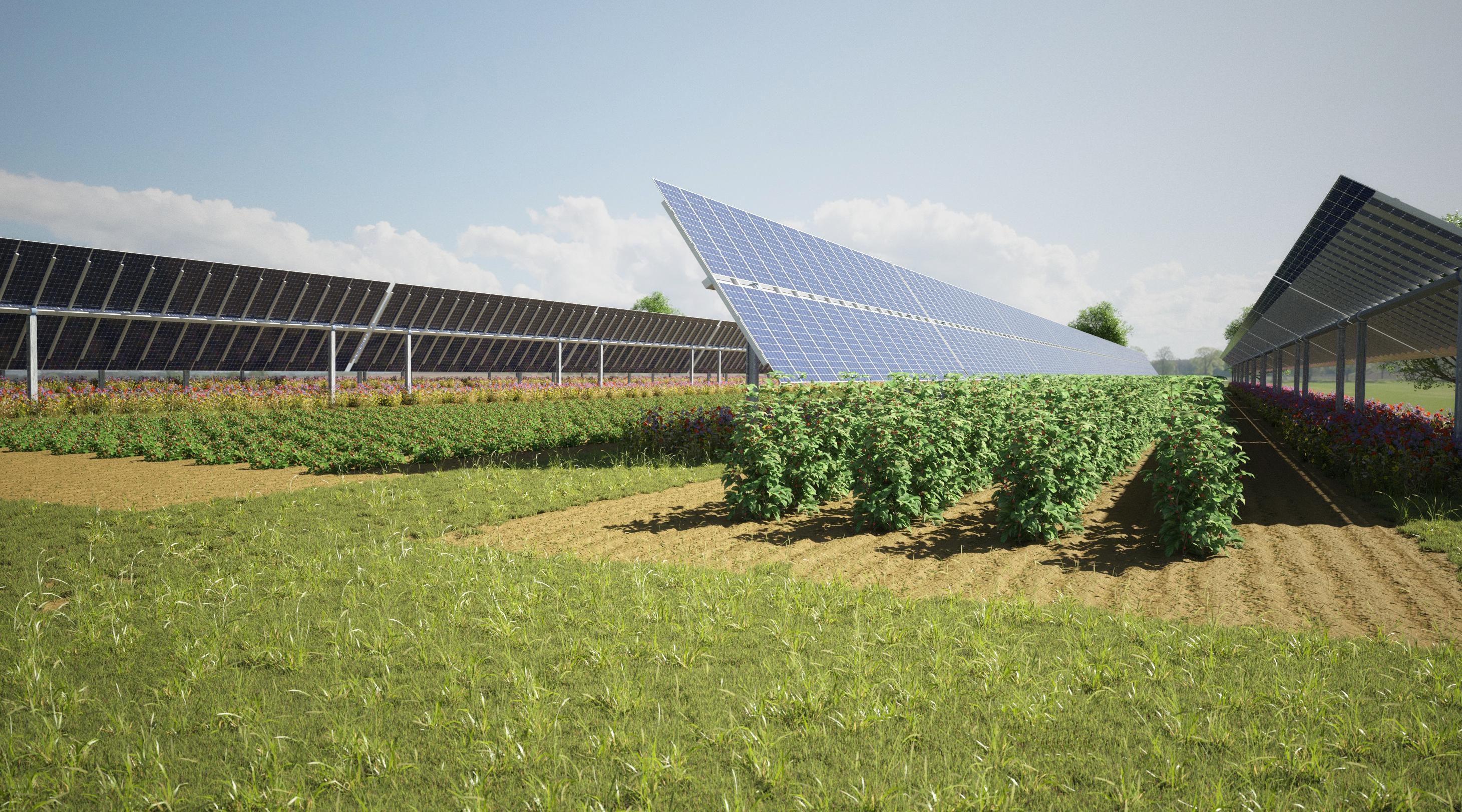 „Agrivoltaics is a key technology that combines agriculture and renewable energy production. By now there are attractive investment opportunities in Germany in this growing segment, which we are now tapping for our investors.“

Agrivoltaics describes the simultaneous use of agricultural areas with photovoltaic plants: solar modules mounted on stilts capture the sunlight, while cereals, fruit or vegetables grow underneath or between the solar arrays.

„Agrivoltaic projects offer advantages thanks to dual use of the same area and allow for a balancing of interests between nature conservation, agriculture and the energy sector.“

Advocates of the technology argue that especially in densely populated countries such as Germany new areas could thus be developed for renewable energy generation. The concept is flexible and can be amended in line with the concrete use and the local environmental conditions. Furthermore, the solar modules can help to shield harvests from weather phenomena such as hail and excessive solar radiation, and can also improve the micro-climate on croplands.

In the case of the project between Commerz Real and Elysium Solar the modules are arranged in rows and automatically track the sun’s path. It is possible to operate agricultural machinery in the paths between the rows. Suitable uses would be the cultivation of asparagus or berries by a regional agricultural operation, for instance.

“With the cooperation we are assuming a forerunner role in Germany and bringing large-scale agrivoltaics to the capital market,” says Timo Werner, the fund manager for Klimavest at Commerz Real. “In this manner we are diversifying our portfolio and securing the opportunity for attractive returns for our investors while also making a significant contribution to climate change mitigation.”

According to figures from Germany’s Federal Statistical Office, the forecast electricity production of the agrivoltaic park is intended to be sufficient to cover the average annual consumption of the equivalent of approx. 19,000 German households. The park is the first project between the participating partners; it has already been agreed, however, that Elysium Solar will develop at least two further agrivoltaic parks of a similar size for Commerz Real.