Commerz Real has acquired two office buildings that are to be erected in Barcelona for its hausInvest open-ended real estate fund from Conren Tramway for approx. 130 million euros. The Spanish subsidiary of the international office real estate investor Conren Land is the project developer for the construction project with 13,900 square metres and 9,300 square metres, respectively of leasable space. hausInvest is thus investing in Spain again for the first time since 2005. At that time the fund purchased the shopping centre Espai Gironés near Girona, which is still in the portfolio. “The positive development of the Spanish economy and the very good future outlook mean that investments are once again of interest for us,” says Henning Koch, Global Head of Transactions at Commerz Real. In the third quarter of 2019 Spain posted economic growth of two per cent, and the pro rata state debt has declined continually since 2014. Completion of the building, which was designed by the Spanish architect Enric Batlle, is scheduled for the beginning of 2022.

The positive development of the Spanish economy and the very good future outlook mean that investments are once again of interest for us. 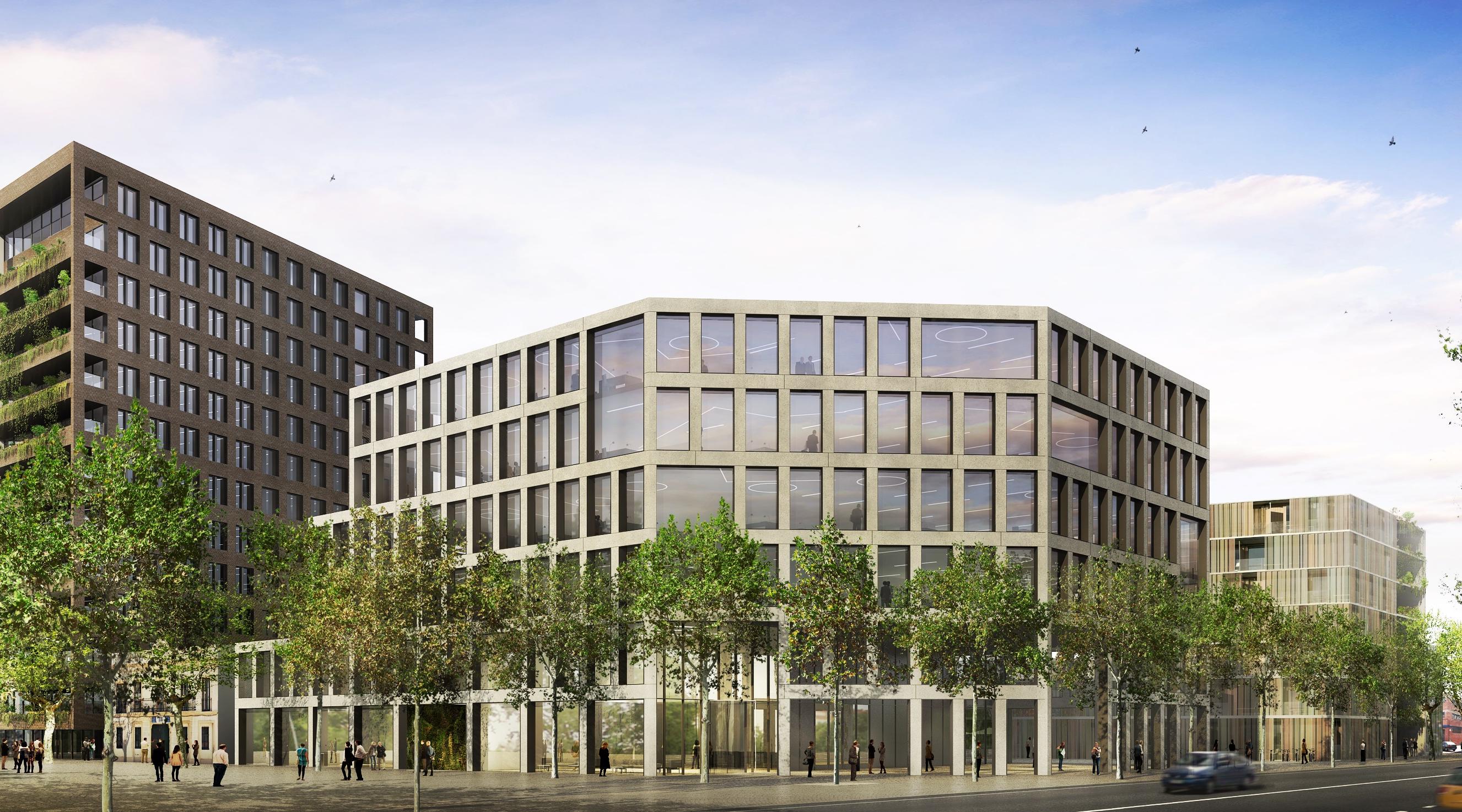 The transaction was structured as an asset deal in the form of a forward purchase. This means that Conren Tramway is initially building the property as a turnkey development for its own account and that Commerz Real will pay for it following completion and acceptance. So as to ensure a more attractive purchase price, Commerz Real will be responsible for the leasing, with Conren Tramway providing support in this area. “Regardless of the discussion about the political future of Catalonia we are convinced that Barcelona is an extremely attractive and dynamic office market,” explains Koch. According to figures released by the real estate consultant Cushman & Wakefield, in the first six months of 2019 alone the city posted an office investment volume of more than 900 million euros, as well as a new lease volume which was more than double that for new construction. The ensemble of office buildings is being developed on the Carrer de Badajoz thoroughfare, the most important transport axis for the sub-market “22@ District”; this quarter has established itself as Barcelona’s technology centre in recent years, with not only a large number of start-ups locating here, but also global companies such as Amazon, Facebook and Oracle. The nearest metro station, Llacuna, is about four minutes away on foot, and there are numerous bus stops in the immediate vicinity of the construction project. In addition, the building is to have 128 parking spaces for cars and 253 spaces for motorcycles, as well as 210 bicycle stands.

The flexible design of the two office buildings is to allow for use by one or by several tenants. Areas with a size of 750 and 500 square metres upwards, respectively, are to be available. Moreover, it is intended that the buildings attain classification with the LEED sustainability certificate in gold.