Commerz Real has acquired a virtually empty office building with a leasable area of approx. 10,000 square metres at Madrid Airport through its Luxembourg-based company CR Fund Management S.à r.l.. The building is to be converted into a two-star hotel under the Zleep Hotels brand with 280 rooms through to 2021 for the “Commerz Real European Hotel Fund” – as the first investment by the fund. The lessee and operator will be a subsidiary of Steigenberger Hotels AG. The seller is the Spanish company Inmobiliaria Valtiendos, S.L. It was agreed that confidentiality be maintained on the purchase price. 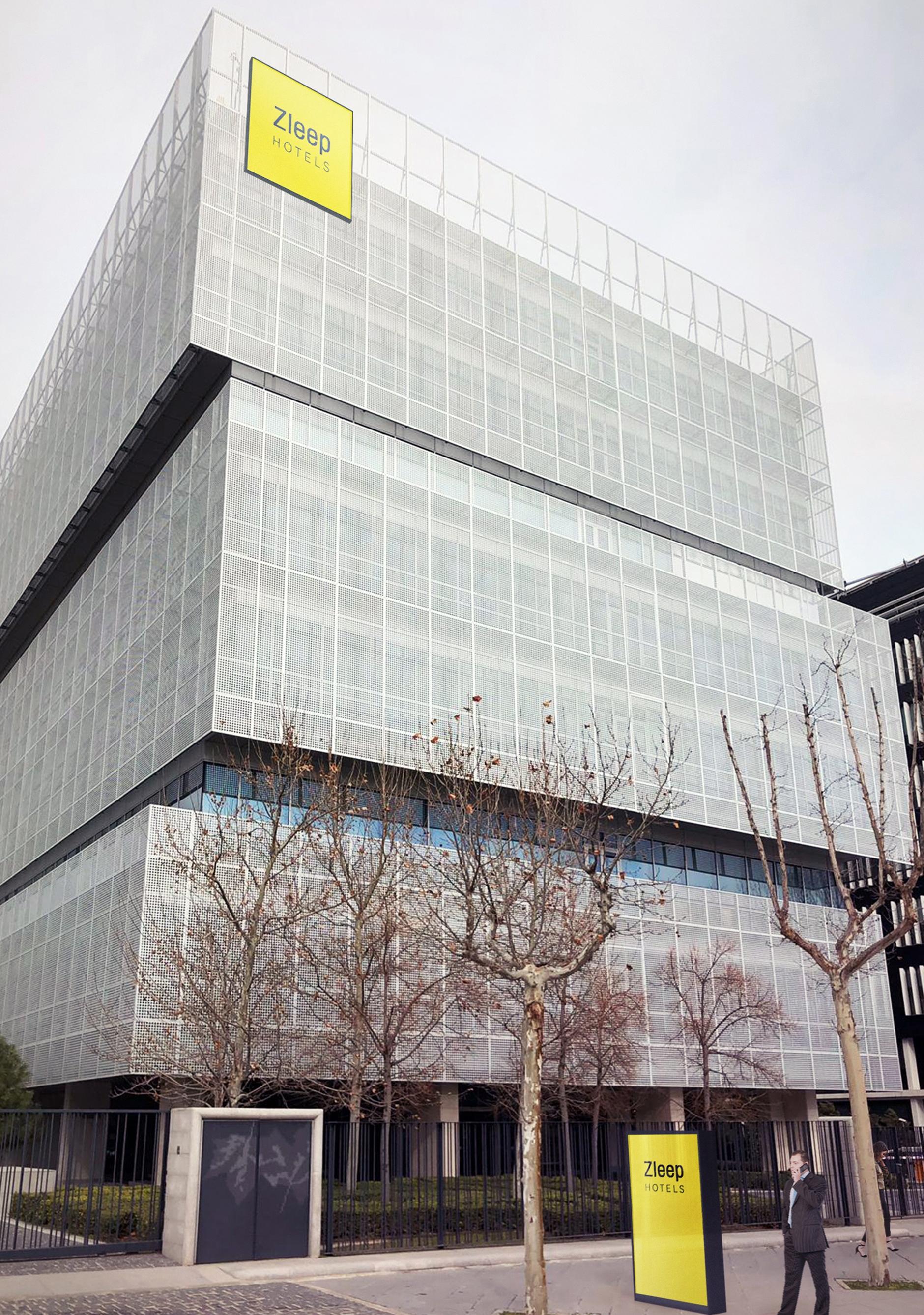 The real estate is located on Avenida de Aragón in Pegaso City business park and was completed in 2011 to plans drawn up by the Estudio Lamela architectural firm. Until a year ago it was leased in full to the Madrid airport company AENA. In the framework of the conversion work – which is expected to commence in 2020 already – the Spanish project developer Ridasame will create a restaurant, a lobby and a fitness area as well as the hotel rooms. In addition, some 220 underground car parking spaces are available. It is intended to establish the hotel’s own shuttle service to the nearby Madrid Barajas International Airport. The city centre can be reached via the A2 motorway or using local public transport.

Not only is Madrid becoming ever more popular with tourists and business travellers, it is also profiting from a relatively constant number of guests across the whole year. Thus a consistently high capacity utilisation is guaranteed for the hotel.

According to data from the hotel analysis company STR, the number of overnight stays in the Spanish capital has increased by an annual average of 4.7 per cent in recent years; the figure for 2018 was around 19.7 million. Moreover, since 2013 the room occupancy rate has increased by about 13.4 per cent, to 75.1 per cent in 2019.

In cooperation with Deutsche Hospitality, the umbrella brand of Steigenberger Hotels AG, the open-ended special AIF (alternative investment fund) “Commerz Real European Hotel Fund” is investing in European hotel properties. Through the Luxembourg legal form of an SCA (Société en commandite par actions / partnership limited by shares) it is intended to acquire as many as eight risk-diversified hotel properties for professional and semi-professional investors. The desired fund volume is 250 million euros with an equity capital ratio of around 40 per cent. Steigenberger Hotels AG is participating with a sum of twelve million euros. The annual target yield is at least 5.5 per cent (IRR).

Following the most recent purchase of two office properties in Barcelona for the open-ended real estate fund hausInvest, Zleep Hotel Madrid Airport is already the third property to be acquired by Commerz Real in Spain in recent weeks.