Commerz Real is to acquire the Pacific Beach Hotel in Honolulu, Hawaii, for its open-ended real estate fund hausInvest. Located steps from Waikiki Beach, the 68,000-square-meter building complex of buildings is currently in the final stages of a $115 million (US dollars) redevelopment that is scheduled to be completed in autumn 2017. The property will then be repositioned on the market as ‘Alohilani Resort Waikiki Beach’. In the framework of a two-stage share deal Commerz Real is initially acquiring a majority interest in the property, with a purchase option for the remaining minority stake. The seller and future operator is an affiliate of Highgate, which according to its own statements is one of the most significant brand-independent operators and asset managers in the US. The company’s portfolio includes more than 100 properties and approximately 30,000 rooms around the world. The operating lease agreement for ‘Alohilani Resort’ is for 20 years with two extension options for a total of another 25 years. It was agreed that confidentiality be maintained on the purchase price. 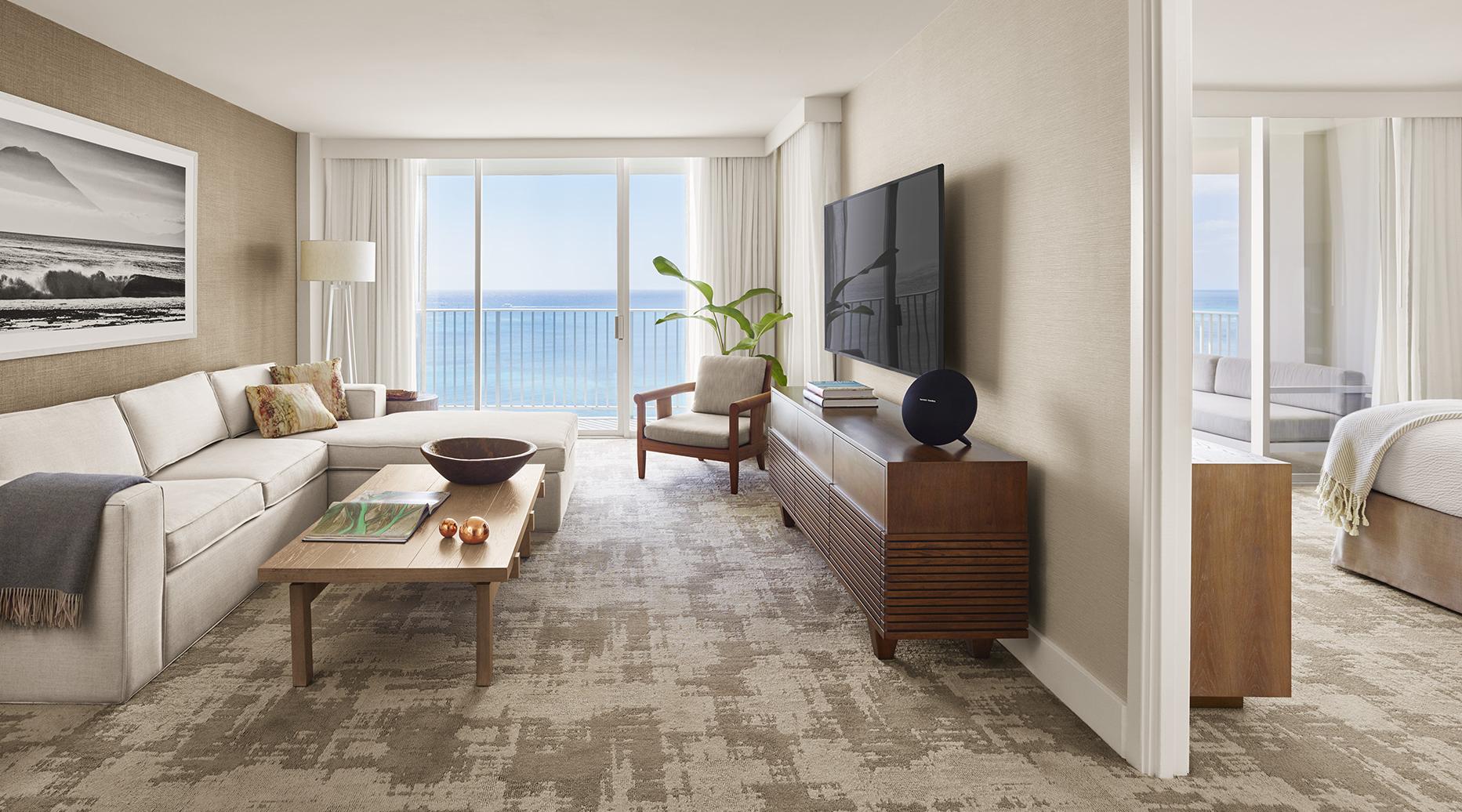 “That we have been able to acquire this trophy property off market shows that with the corresponding market access it is still possible to acquire top assets at attractive prices,” says a visibly pleased Andreas Muschter, Chairman of the Board of Managing Directors of Commerz Real. With a purchase yield of 6.0 per cent the fund management of hausInvest intends to generate a BVI yield of at least 3.5 per cent for ten years with the property on the basis of the current interest curve and inclusive of currency hedging. Dirk Schuldes, divisional head Hospitality at Commerz Real, is confident: “In view of the continuous warm climate all year round it is possible to use the property as a full-time holiday resort, thus allowing us to benefit in full from the very dynamic development of tourism in Hawaii, a trend that remains intact even in down cycles in the market.”

Following its transformation the hotel complex – built in 1969 then expanded and modernised in 1976 – will have 839 suites and rooms in the market segment luxury and upper upscale, distributed across two buildings  with 17 and 38 storeys, respectively. A special tourist attraction is the 1-million-liter oceanarium, the only one on Honolulu with seawater from the Pacific, which is home to more than 1,000 animals. The resort will also feature a number of retail outlets, two new restaurants run by the Japanese celebrity chef Masaharu Morimoto, various leisure time facilities such as outdoor pools, tennis courts, full service spa and fitness centre, as well as meeting and event space and a multi-storey car park with 442 parking spaces. “After the redevelopment ‘Alohilani Resort’ will offer the most modern fit out of all the hotels located on Waikiki Beach,” says Schuldes. Moreover, excellent transport links are ensured as Honolulu International Airport is only a 20-minute drive away by car. The new name of ‘Alohilani’ – Hawaiian for “the heavenly brightness” – was chosen in honour of Queen Lili’uoukalani, Hawaii’s last reigning monarch.