Commerz Real has acquired the hotel and retail areas in “Terra”, one of the four high-rise towers in the “Four Frankfurt” quarter development currently under construction on land formerly occupied by Deutsche Bank, for its open-ended real estate fund Hausinvest. The new high-rise is to be located at Junghofstraße 9 – 11; the current listed façade there will be retained. The seller is the project developer Groß & Partner; it was agreed that confidentiality be maintained on the purchase price. The transaction was executed as a forward purchase, i.e. the purchase will become due with the turn-key delivery of the areas, probably in the first quarter of 2024.

The Terra is situated in a central location in Frankfurt’s banking district and is being built to plans by the architectural firms UN Studio and HPP; it will be approx. 120 metres high and have 31 storeys. Of the 28,000 square metres of floor space more than 9,000 square metres are accounted for by the areas acquired by Commerz Real – thereof more than 8,000 square metres for the hotel, the rest for the retail trade and gastronomy. The hotel areas have already been pre-leased for 30 years to InterContinental Hotels Group, which intends to open a Kimpton hotel in the 5-star segment there. This is to have at least 150 rooms and 30 parking spaces; in addition to the reception area, it will also have two bars, two restaurants, a fitness area, and as many as three conference rooms.

There is a limited offering of up-market hotels in Frankfurt, meaning that a high-quality boutique hotel in such a premium location will meet with excess demand.

“And above all because the new quarter will open up the banking district to the shopping arcades of the inner city, integrating the quarter into downtown Frankfurt.” The Four Frankfurt quarter development is one of Europe’s largest construction projects with approx. 219,000 square metres and will provide inner-city living space for some 1,000 people and working areas for approx. 4,000 employees. 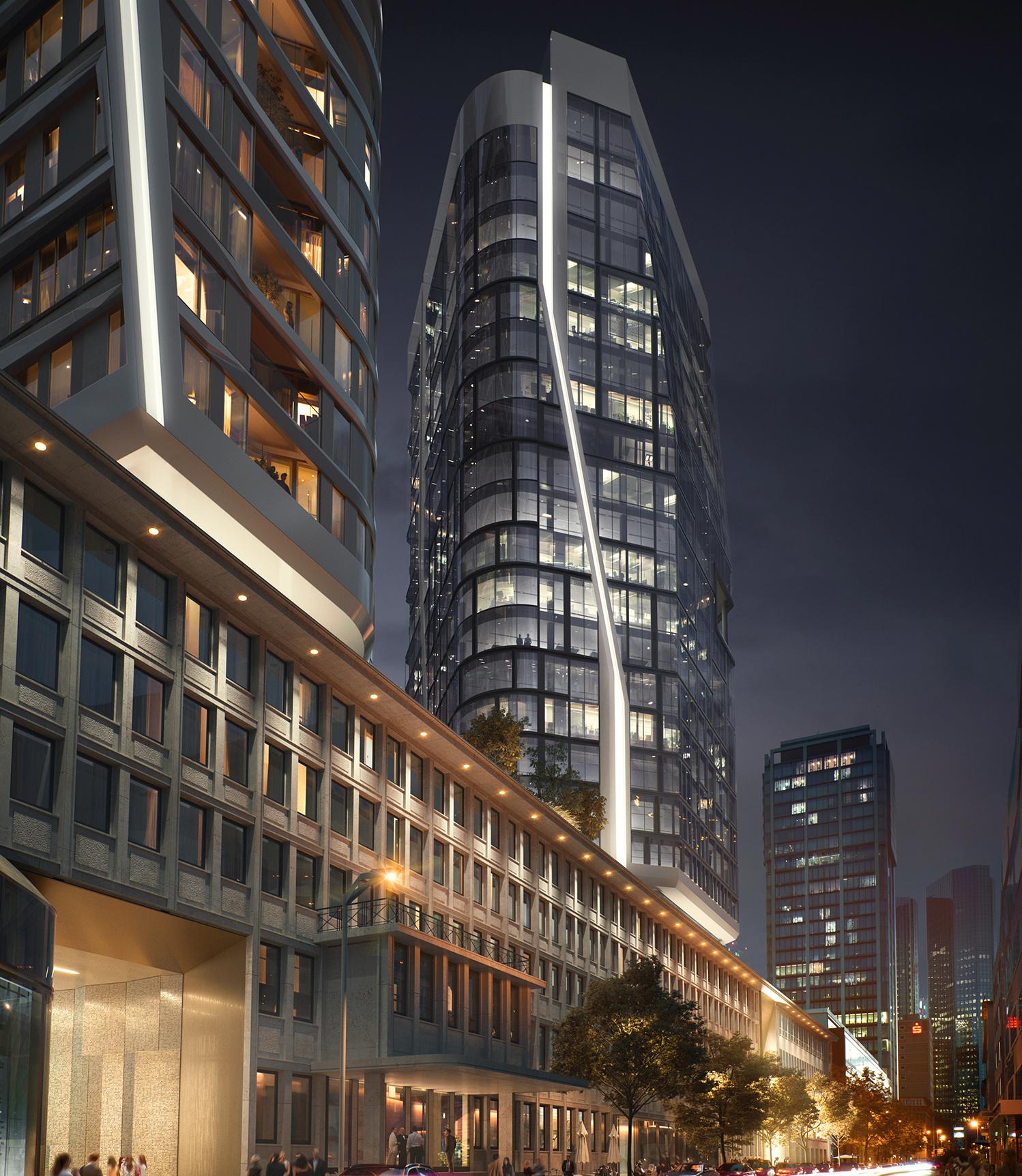