Commerz Real has acquired “The National” in Chicago for its open-ended real estate fund hausInvest. The seller is the local project developer Blue Star Properties; the purchase price amounts to approx. 171.5 million euros. Situated at 125 S Clark Street in the heart of the central business district, “The Loop”, the office building with its 20 storeys accommodates some 54,000 square metres of rental space. 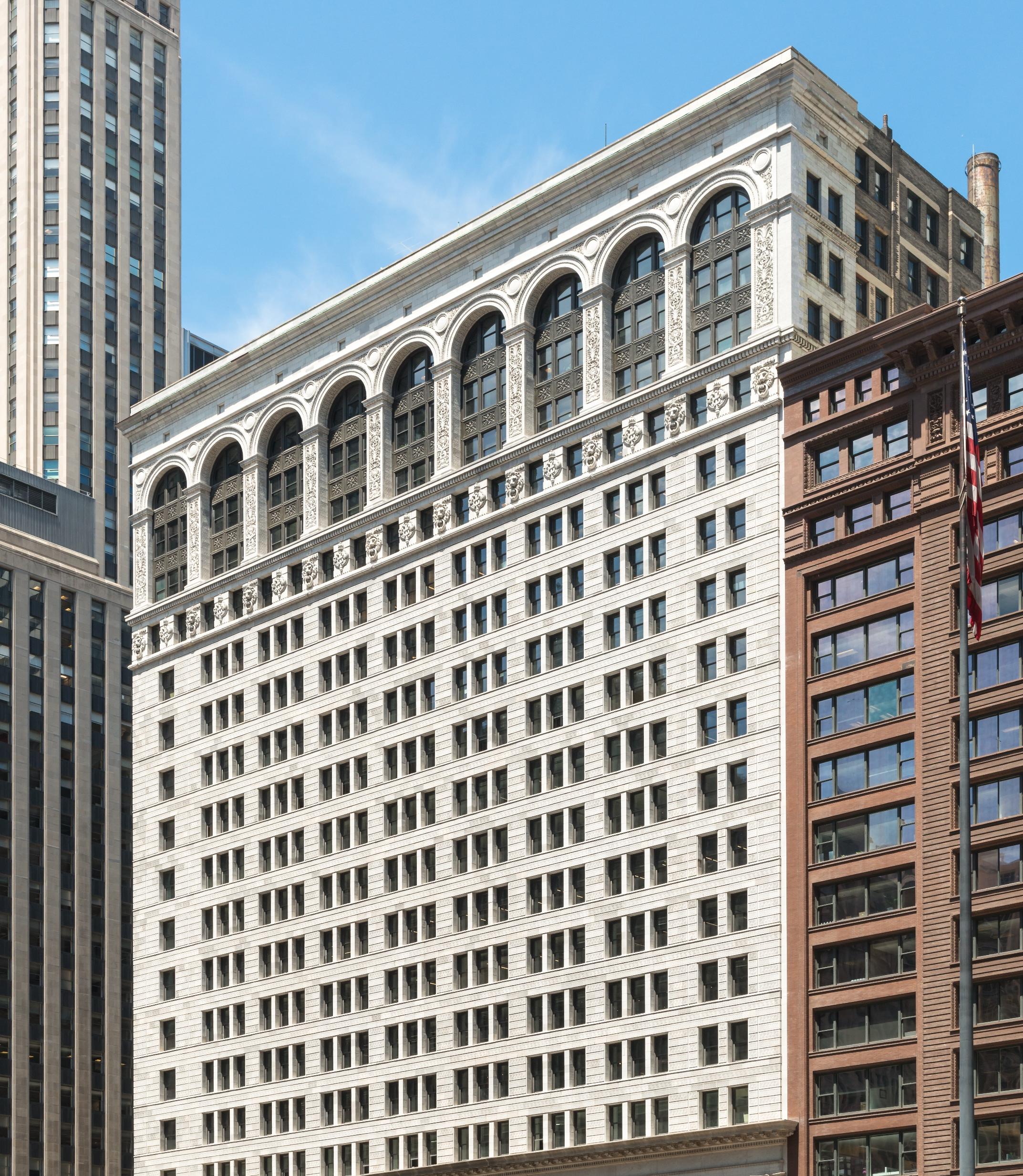 “The National” was erected in 1907 as the “Edison Building”. It was initially the headquarters of the electricity company “Commonwealth Edison” which was also founded in 1907 – which is now the largest electricity provider in Illinois under the name ComEd. The architect Daniel Burnham also designed the world-renowned Flatiron Building in New York and established his reputation as the director of works for the 1893 World’s Fair in Chicago. The building derived its current name over the course of time after it was later occupied by Commercial National Bank, now the Bank of America. In 2017 it was comprehensively redeveloped and modernised; 88 per cent of the building is now leased to 28 companies, with a weighted residual term of about 8 years. Among the main tenants are WeWork, the marketing agency Merkle, and the audio technology manufacturer Shure. The ground floor is also home to a “Revival Food Hall” with some 7,000 visitors daily.

The National offers everything that investors nowadays expect of a hausInvest investment. A redeveloped landmark building in a prime location geared to modern users at an attractive price with a reliable cash flow and the potential for value appreciation through active asset management.

Commerz Real plans to further upgrade the property and enhance its attraction for users. The building already has a tenant lounge, a large usable roof terrace and a fitness studio.

With a population of more than 2.7 million Chicago is the third-largest city in the USA; the metropolitan region has a population of nearly ten million. The real estate market in downtown Chicago is benefiting from a strong influx from the surrounding region. At the same time numerous conversions from office use to hotel and residential use have led to a decline in the supply of office space. Thus, since 2010 more than 400,000 square metres of former office space have been converted, with potential for a further 200,000 in the coming years.