Commerz Real Capital Management Company (Kapitalverwaltungsgesellschaft, KVG) has acquired the student residential complex “Pallars” that is currently under construction in Barcelona for its Commerz Real Institutional Smart Living Europe Fund. The seller is a joint venture between the investment manager Henderson Park and the project developer Hines; it was agreed that confidentiality be maintained on the purchase price. Aparto, a subsidiary of Hines specialising in student apartments, will function as the manager of the complex following its scheduled completion in September 2022. The complex comprises a total leasable area of 26,086 square metres distributed across a four-storey wing and four eight-storey high-rise buildings. In future the 743 residents will have a choice of 673 single and double rooms, as well as single and double studios, with sizes of between 14 and 22 square metres. In addition, there are 34 car parking spaces, 211 motorcycle stands and 105 bicycle stands in the integrated underground car park. This is the third investment for the Commerz Real Institutional Smart Living Europe Fund. 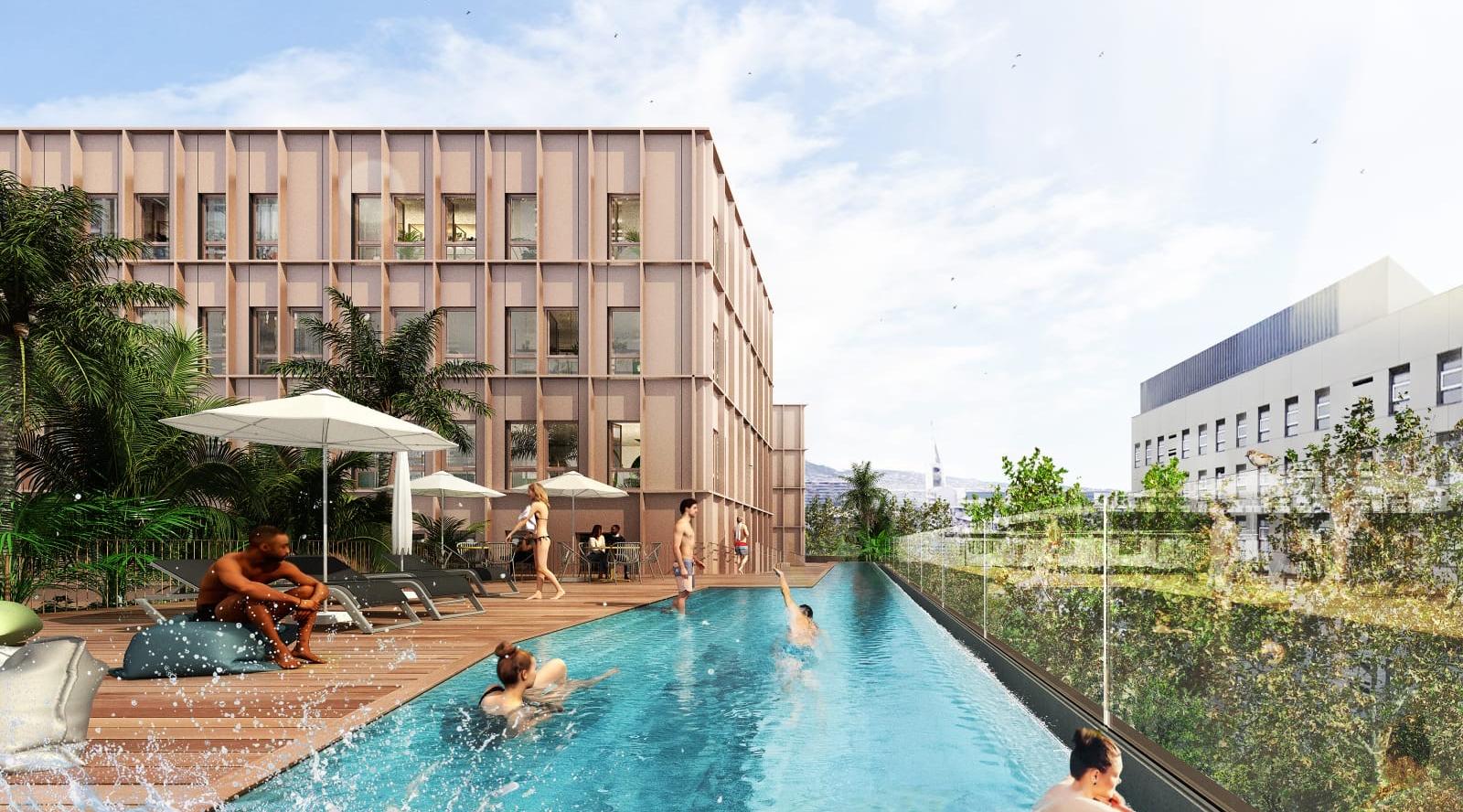 The residential complex is located at Carrer de Pallars 433-453 in the “22@” quarter, a former industrial site in the Sant Martí district, which since 2000 has been transformed and upgraded into a leading innovation and technology centre. According to Commerz Real it is also the fastest growing sub-market in the Catalan metropolis, with high-tech companies such as Amazon, Oracle and Facebook also located there. In the immediate vicinity is the campus of the public Pompeu Fabra University, at which some 13,000 students are currently enrolled, and the campus of Toulouse Business School, which is currently under construction and which will have 1,000 students upon completion in mid-2022. The latter is also a project between Henderson Park and Hines. The urban beach is easily reached on foot. Shopping outlets, underground railway stations, bus and tram stations are all to be found within easy walking distance. “Barcelona unites a major cultural, economic and climatic appeal with beautiful countryside in a unique manner, and is thus one of the world’s most attractive metropolises,” explains Heiko Szczodrowski, the managing director of Commerz Real KVG. “In the past 10 to 20 years the city has also completed a successful transformation into an internationally established location for technology, services and sciences, and with some 200,000 students it is one of Europe’s largest university cities. Impressive testimony to the attractiveness of the location, which we believe will be sustainable in the future,” adds Szczodrowski.