Commerz Real has acquired a hotel that is to be newly built at Lübeck central railway station through its Luxembourg-based “Commerz Real Institutional European Hotel Fund” from the project developer GBI. Following the hotel’s scheduled completion and opening in 2023 it will be operated under the Intercity Hotel brand of Steigenberger Hotels AG; the lease agreement has been concluded for at least 20 years. It was agreed that confidentiality be maintained on the purchase price.

With the address Konrad-Adenauer-Strasse 1, the property is situated in the immediate vicinity of the central railway and bus stations of the Hanseatic city and is thus also within easy walking distance of the city’s historic centre, Germany’s most extensive UNESCO World Heritage Site. “Hotels in tourist magnets such as Lübeck will post a rapid increase in the number of overnight stays once the pandemic has abated,” explains Dirk Schuldes, Global Head of Hospitality at Commerz Real. “Inasmuch, the opening in 2023 will be taking place at just the right point in time.” The plot of land had been derelict for more than 20 years. Thanks to the project development a gap between the historic city centre and the central railway station is now being closed and the quarter as a whole enhanced, according to Commerz Real. 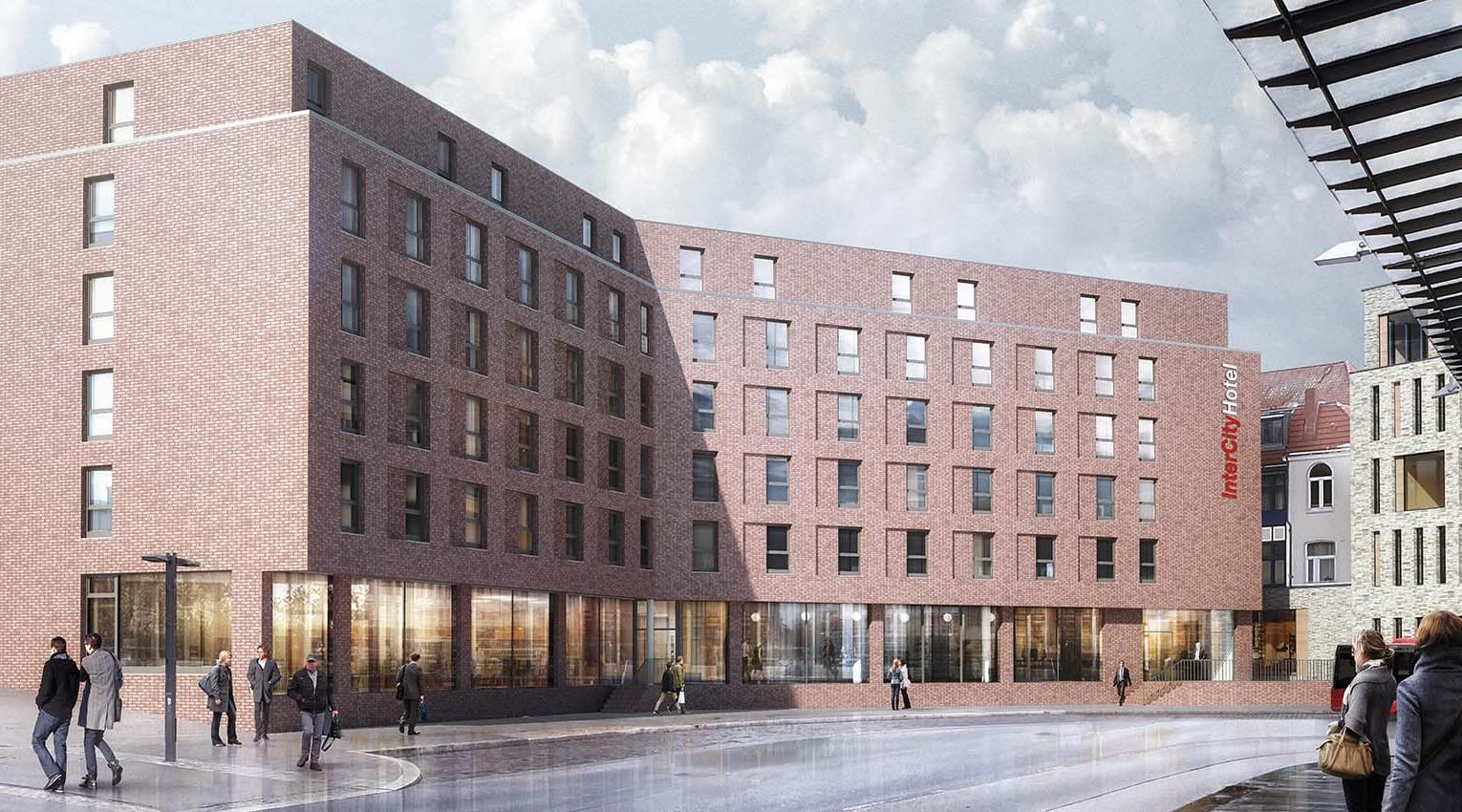 On some 8,500 square metres of gross floor area, distributed across five stories plus a stacked storey, the hotel will accommodate 176 rooms as well as a restaurant, bar and conference rooms. All the fixtures and fittings – from the furniture, through the accessories to the menu – are to be created by the Italian designer Matteo Thun. The internationally renowned architect and designer and former creative director at the Swatch brand was responsible for the Side-Hotel in Hamburg and the façade of “Palazzo del Cinema” in Venice, as well as the furnishing of the distinctive Radisson Blu hotel in Frankfurt am Main.

The acquisition is the fourth purchase for the open-ended special AIF (alternative investment fund) “Commerz Real Institutional European Hotel Fund”. The fund had recently acquired two Intercity hotels which are to be newly constructed in the Netherlands – one with 115 rooms in Leiden and one with 174 rooms in Breda. The fund invests in risk-diversified European hotel properties for professional and semi-professional investors in cooperation with Deutsche Hospitality, the umbrella brand of Steigenberger Hotels AG. The fund is structured in the Luxembourg legal form of an SCA (Société en commandite par actions / partnership limited by shares). The desired fund volume is 250 million euros with an equity capital ratio of around 40 per cent. Steigenberger Hotels AG is participating with a sum of twelve million euros; the annual target yield is at least 5.5 per cent (IRR).

Commerz Real was advised on the transaction by the law firms Taylor Wessing (legal matters) and Baker Tilly (tax).