Commerz Real Capital-Management Company (Kapitalverwaltungsgesellschaft, KVG) has acquired a hotel complex in Lisbon managed under the DoubleTree by Hilton brand for its “Commerz Real Institutional Hotel Fund”. The seller is the Portuguese project developer Turismadeira S.A.; it was agreed that confidentiality be maintained on the purchase price. Located on Rua Engenheiro Vieira da Silva in the central business district, the ensemble comprises the four-star hotel DoubleTree by Hilton Lisbon, Fontana Park, which as a building was erected in 1910 and comprehensively modernised into a hotel in 2008, and an extension currently under construction. The existing seven-storey hotel has 146 rooms and 62 car parking spaces, as well as conference areas, two restaurants, a bar and a fitness zone. Following its anticipated completion in 2020 the extension development is to have 80 suites with about 40 square metres on average and 40 car parking spaces. In addition, there is to be a new large conference hall and ballroom. It will be connected to the existing building as well as to a new main restaurant. Commerz Real has concluded a triple-net leasing agreement for a period of 20 years with Fontana Hotels S.A., which is operating the hotel with Hilton as the manager. This means that the lessee is responsible for the maintenance of the entire property. 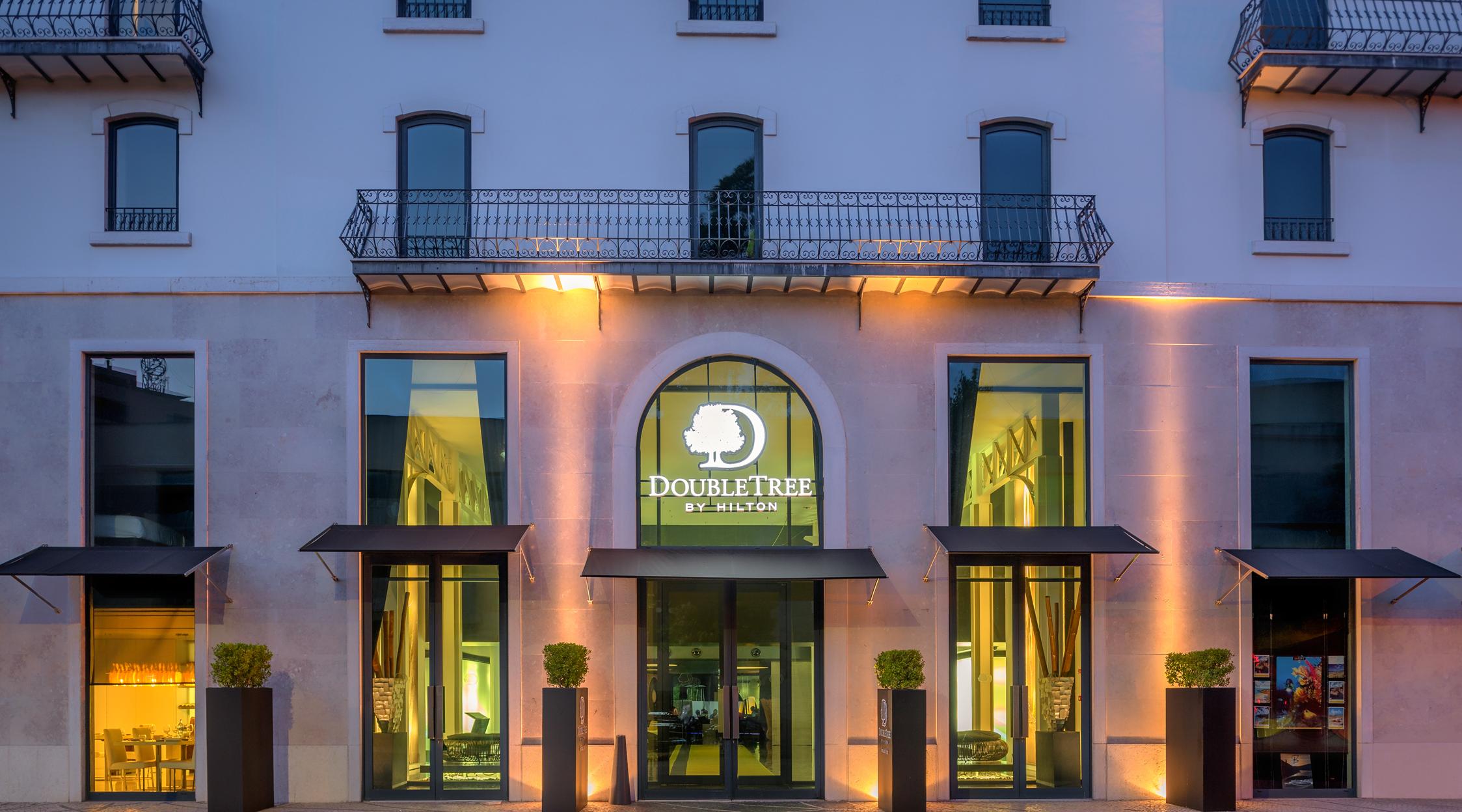 Lisbon is not only Portugal’s economic and political centre, but thanks to its mild climate also attracts international tourists and business travellers all year round. According to figures from PwC, capacity utilisation of hotels in Lisbon has continuously increased in recent years and is set to amount to just over 80 per cent in 2019. The revenue per available room (RevPAR) in 2019 is expected to be around 101 euros, which would be nearly 40 per cent more than in 2016 (73 euros). “Lisbon has established itself as one of the leading tourism destinations in Europe,” explains Dirk Schuldes, Global Head of Hospitality at Commerz Real. “At the same time the hotel market profits from an increasing amount of business travellers as a result of numerous international trade fairs in the capital.” DoubleTree by Hilton Lisbon, Fontana Park is connected to the public transport system by bus and rail. In addition, there are numerous shopping opportunities as well as gastronomic and cultural facilities in the immediate vicinity.

The transaction is already the fourth for the Commerz Real Institutional Hotel Fund. In the medium to long term the fund, which is structured as an open-ended special AIF (alternative investment fund), is to develop a diversified portfolio of business hotels in the three-to four-star category in international metropolises with a volume of approx. two billion euros for professional and semi-professional investors.