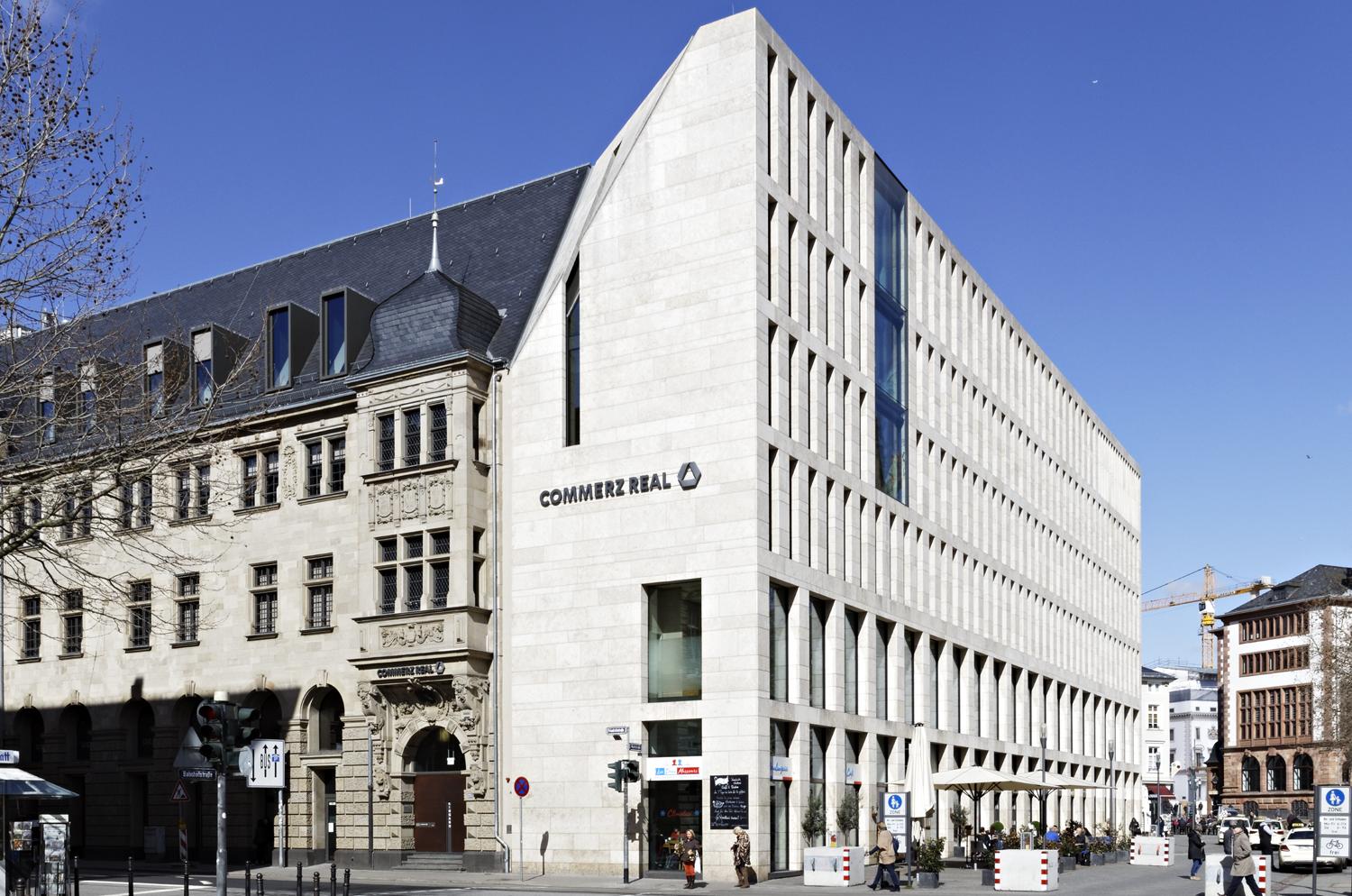 In 2019 Commerz Real was able to further accelerate the growth it has now been experiencing for four years. As the asset manager for real asset investments in the Commerzbank Group announced, the assets under management as of 31 December 2019 amounted to some 32 billion euros.

In 2019 Commerz Real was able to further accelerate the growth it has now been experiencing for four years. As the asset manager for real asset investments in the Commerzbank Group announced, the assets under management as of 31 December 2019 amounted to some 32 billion euros.

In 2019 Commerz Real was able to further accelerate the growth it has now been experiencing for four years. As the asset manager for real asset investments in the Commerzbank Group announced, the assets under management as of 31 December 2019 amounted to some 32 billion euros. This is about one billion euros more than in 2018. Around 20 billion thereof was accounted for by real estate products and about 13 billion by movables and infrastructure investments. At approx. 8.9 billion euros the transaction volume across all asset classes was considerably higher than in previous years (2018: 5 billion, 2017: 3.3 billion, 2016: 4.1 billion). The acquisition volume amounted to approx. 6.7 billion euros (2018: 3.5 billion euros), that for sales to approx. 2.2 billion (2018: 1.5 billion). “Never before have we concluded such a successful business year,” was the summary by Andreas Muschter, the chief executive officer of Commerz Real. “We have significantly expanded our market position in all business areas, made substantial progress with digitalisation, and assume that we will also continue our growth in 2020.”

We have significantly expanded our market position in all business areas, made substantial progress with digitalisation, and assume that we will also continue our growth in 2020.

The overwhelming majority of all the transactions (ca. 7.1 billion euros) was accounted for by the open-ended real estate fund Hausinvest (2018: 2.8 billion). Its volume grew – thanks also to net cash inflows of approx. 1.4 billion euros (2018: approx. 900 million) – to some 16 billion euros (2018: 14 billion euros). “In 2019 we deployed our strengths – for instance speed and transaction certainty – in an optimum manner, thus allowing us to improve the quality of the portfolio significantly and on a sustained basis for our investors,” says Muschter. Examples of this were the acquisition of the “Millennium Portfolio” comprising 49 core properties in German premium locations (approx. 2.7 billion) and of Tucherpark in Munich (approx. 1.1 billion), the participation in 10 Kaufhof department stores in the city centres of the Top 5 metropolises in Germany (approx. 412 million euros), as well as the sale of a portfolio of six office properties in the Netherlands (approx. 370 million euros). The development of the fund’s value as of 31 December 2019 was 2.5 per cent p.a. and thus significantly higher than in the previous year (2.1 per cent). In addition, the liquidity ratio was reduced to about 10 per cent. “At the same time we were able to increase the leverage to about 15 per cent thanks to a higher debt-to-equity ratio, and thus secure the benefits of the historically low level of interest rates for the fund in the long term,” explains Muschter.

In real estate asset management areas of almost 200,000 square metres were leased across all product classes in 2019. The number of new leases was 386. Among the largest of these was an area of some 6,700 square metres in the Prague commercial building “Charles Square Center” and one of approx. 5,700 square metres in the office property Cap Sud in Montrouge near Paris. Moreover, Commerz Real has continued to invest extensively in its own portfolio so as to attain sustainable value appreciation. Examples of this are the transformation and repositioning with multi-tenant and new work concepts of the office buildings Tulipan House in Warsaw and “Le Quattro Porte” in Segrate near Milan.

Significant growth was also posted by the movables leasing of Commerz Real. Thanks to a new business volume of more than one billion euros its assets under management increased to some 4.8 billion euros (2018: 4.6 billion euros). A major contribution to this was made by the expansion of the business in the corporate clients segment of Commerzbank.

Furthermore, Commerz Real attained significant developments in its institutional business in the hotel, smart living and infrastructure segments, as well as in the renewable energies sector. At approx. 1.2 billion euros the new business volume was trebled compared to the previous year (ca. 400 million euros), and the product portfolio was expanded to nine funds for professional and semi-professional investors. Among the largest transactions was the stake as the largest shareholder in the project company for the offshore wind farm Veja Mate in the North Sea. With a total of 67 wind turbines and an overall capacity of 402 megawatts this is the second-largest German offshore wind farm and ranks among the ten largest farms worldwide. All in all Commerz Real has more than 40 years’ experience on the energy market and 13 years in the renewable energies sector. Alongside Veja Mate it manages 50 brownfield solar power plants with a nominal capacity of 380 megawatts and twelve onshore wind farms with a nominal capacity of about 171 megawatts.

Commerz Real also attained substantial progress is the fields of digitalisation and sustainability. Thus it entered into three strategic shareholdings in so-called fintechs and proptechs: Bergfürst, Arabesque S-Ray and Share Your Space.

In the framework of a capital increase Commerz Real became the second-largest shareholder at the crowd-investing platform Bergfürst with a stake of 24.9 per cent; it regards the vehicle as a supplement to the classical fund business. In particular products for private investors are planned.

Another stake taken up in 2019 was that in the newly-founded open online platform “Share Your Space”. This allows companies to lease out or sub-let their unused office space to other companies, start-ups and freelancers and even to share such space.

In October 2019 Commerz Real was also able to report that it had received Wired Score certification in Gold or Platinum for digital infrastructure for approx. 80 per cent of the global office real estate portfolio of Hausinvest, about 350,000 square metres of office space therefore. According to details released by Wired Score and Commerz Real this is the highest certification rating to date of all open-ended real estate funds.

“I would like to thank all the employees in our company,” concludes Muschter. “We are an attractive employer, both for so-called old hands and young high potentials. This trust is the source of our optimism regarding future challenges.”