Planning permission has been granted for the hybrid tower One Forty West in Frankfurt’s Senckenberg Quarter. As the joint-venture partners Commerz Real and Groß & Partner announced, the work on the construction pit has been concluded in the meantime, and the base slab has been concreted. At present the shell construction work in the cellar and deep basement floors is ongoing, and in June it will commence in the ground floor and semi-basement areas, with the effect that the building will become visible in the summer. The 140-meter residential and hotel tower is scheduled for completion in the first quarter of 2020. It will then accommodate a 4-star-plus hotel from the Meliá brand with 430 rooms (up to 23rd floor) as well as 187 rented apartments and condominiums (24th to 40th floor) on 41 upper storeys with a total area of 52,000 square metres. The apartments – ranging in size between around 50 and 137 square metres and with a superior fit-out – will have balconies with a skyline panorama and / or view over the Taunus Mountains. 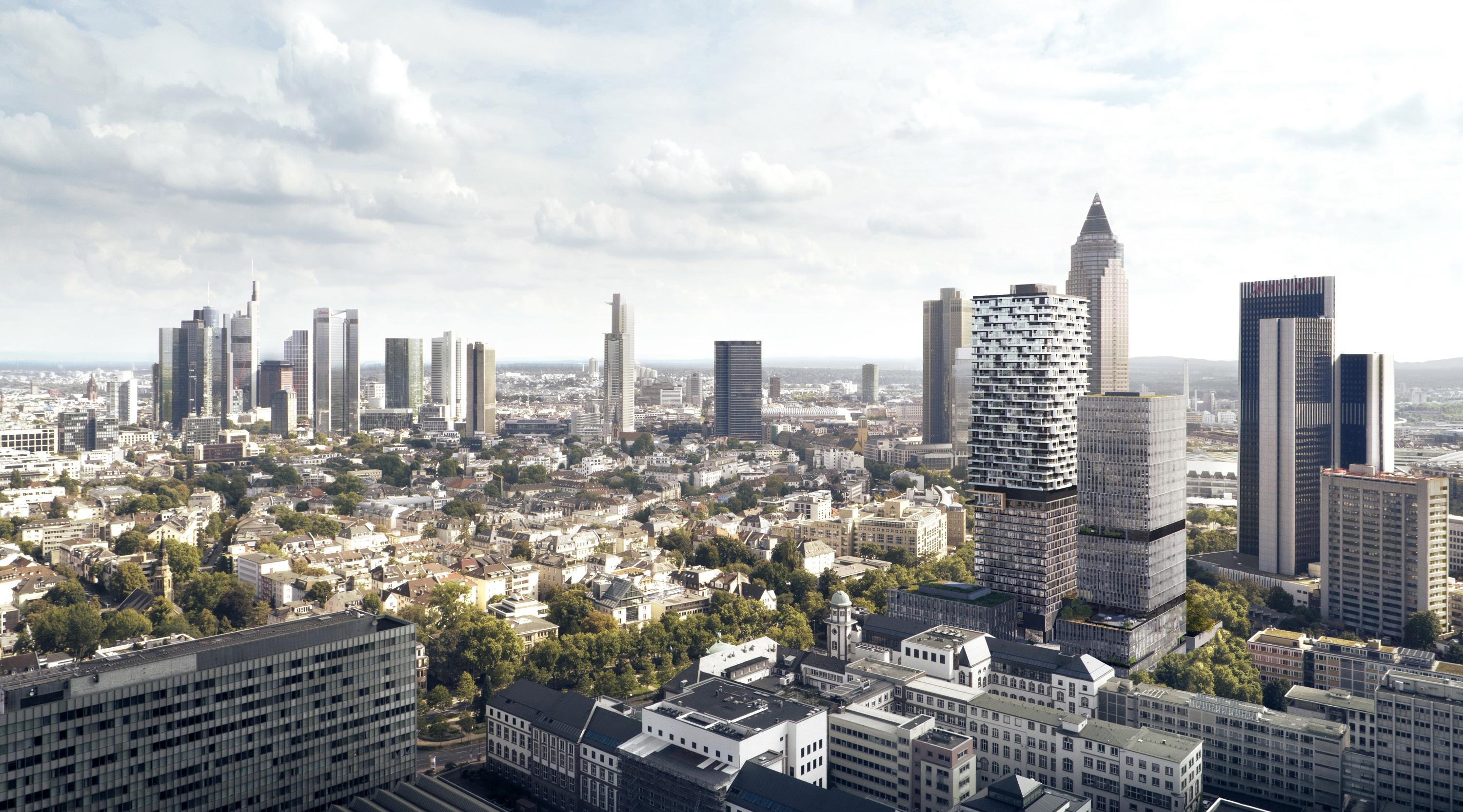 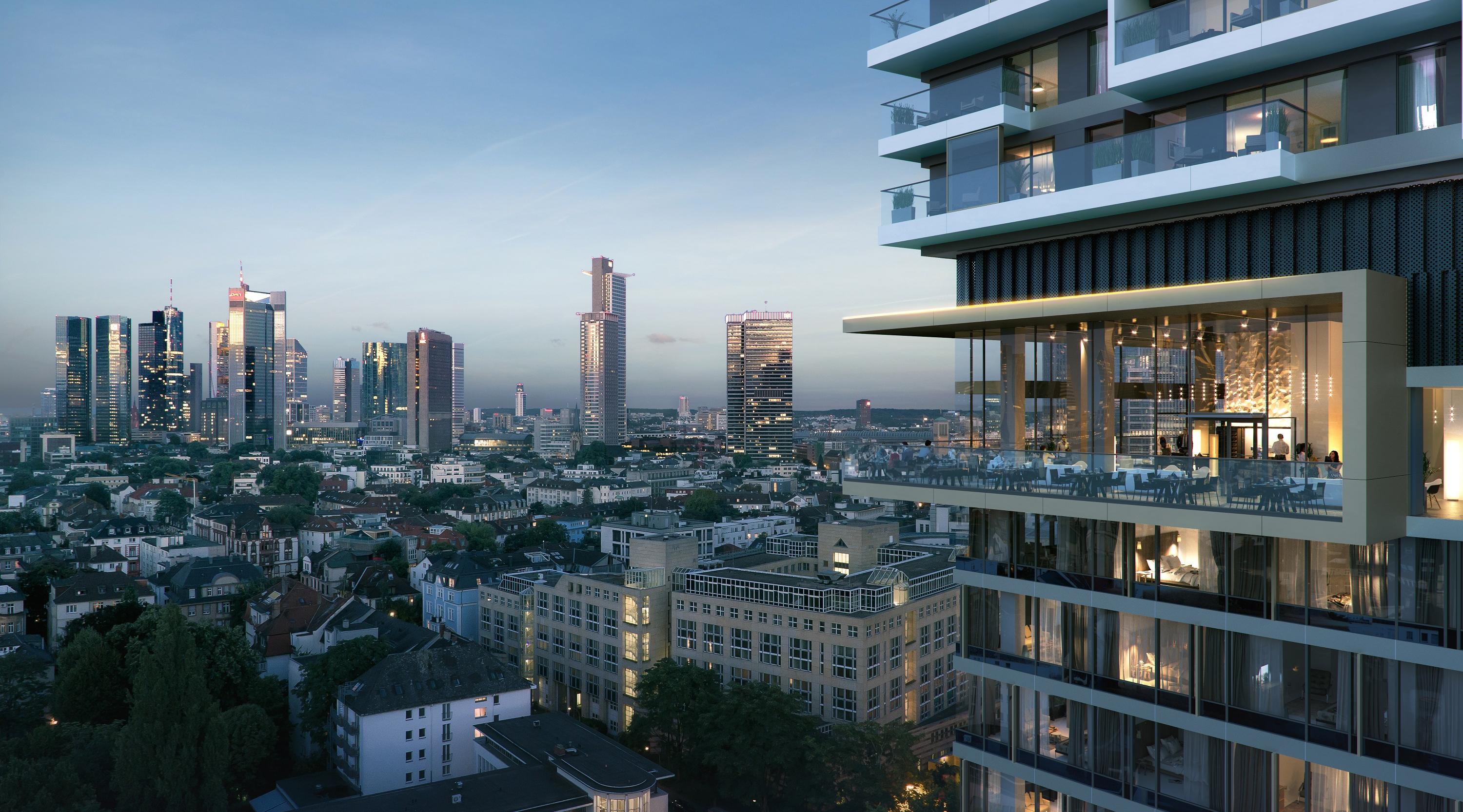 The building was designed by the Frankfurt-based architectural firm Cyrus Moser (CMA). The Ippolito Fleitz Group, which is domiciled in Stuttgart, is responsible for the interior design of the residential area, i.e. apartments, corridors and residential lobby, the interior design of the hotel is in the hands of the Bielefeld-based office Jonasplan. The total investment volume of the project is approx. 270 million euros. Following its completion the tower will be included in the portfolio of the Commerz Real open-ended real estate hausInvest.

One Forty West is part of the Senckenberg Quarter in Frankfurt am Main. In line with the design proposed by CMA this foresees a mixed-use quarter comprising two high-rise buildings (One Forty West and 99 West), the six-storey office building 21 West, a two-storey nursery for ABG Frankfurt Holding, and an underground car park. Based on the guiding idea of a quarter with an open design, the public footpath networks foreseen in the zoning ordinance are continued into the quarter. A central public square in the quarter, oriented towards Robert-Mayer-Straße and the Senckenberg Museum, is also being created. Vehicular links to the quarter are exclusively via Senckenberganlage, with the effect that through traffic will be avoided in the neighbouring residential districts. In addition, according to CMA special attention is being paid to the open area planning and the greening of the area. Thus all suitable roofed areas are to be greened. Additional trees are also to be planted within the undeveloped areas to supplement the existing trees on the roadsides. Also planned are approx. 60 bicycle stands in the quarter’s open spaces.